Coffee rather than water/milk

After waking one morning, I heated the stove up for my moka pot and thought of something to eat for breakfast—porridge. I realised I was being inefficient and boring when I was going to start making the coffee and porridge separately.

I finally got around to trying one of those things I've pondered for 5 seconds on the train, in the shower or at a crossing, waiting for the green man that lives inside the sign. 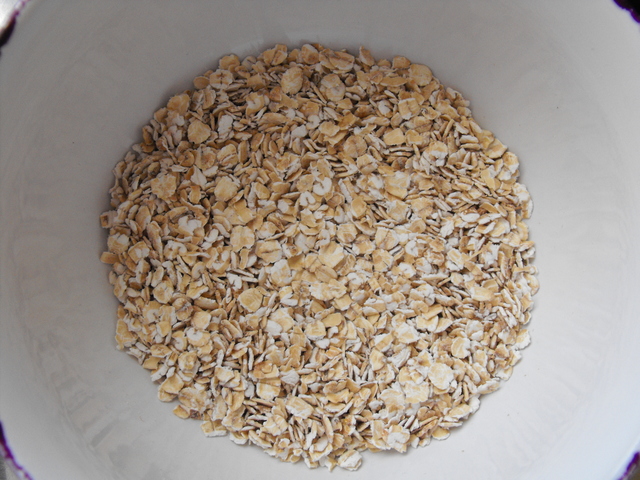 Oats! For this experiment, I selected by go-to oats; plain rolled oats. I did have creamoata in the cupboard, but I normally prefer rolled oats. They're chunkier and more interesting to me. They feel more substantial somehow. I used about 1/3 of a cup of oats.

As far as coffee goes, I used my single-cup moka pot to brew some moka espresso. With the way I run my moka pot, it works out to between 1/4 and 1/3 of a (250 ml, metricated) cup. I drink a long black with no sugar, and I kept the coffee for this the same. I padded this out to 2/3 cup with hot water and added to the oats.

I nuked it for 2 minutes on a 600 W oven. Cooking was a fair bit quicker than I would normally do, presumably because I wasn't using milk at 2–3 °C straight from the fridge, but hot coffee instead.

Here is the end product. I'll be the first to admit that it doesn't look too appetising, but we can safely put that down to my potato-quality photography when it comes to food. 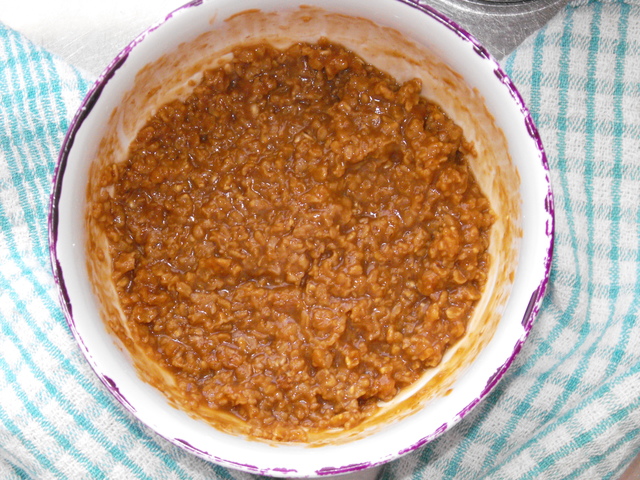 Flavour-wise, it tasted almost as I expected with one exception. As expected, it was oaty and coffee-like, but somehow, the oats transformed the coffee into being noticeably bitter. Still a delightful bitterness though. This was quite odd for me, because I've not been table to taste the bitterness in most food (hoppy beer, coffee, tea) for many, many years now.

I think perhaps the larger sugars and the starches in the oats played tricks on my taste buds. Much like how eating something savoury and sweet will enhance the taste of the sweetness, I believe having something non-bitter and strong in umami made the coffee appear more bitter.