My all-grain batches used to be half-batches, weighing in around 9 litres. I was using an old aluminium preserving pan on top of the stove to brew. The bottom of the pot didn't make very good contact with the surface of the stove. I decided to build a kettle that uses an immersion element, as well as being larger in volume, allowing me to do full 19–23 litre batches.

In late 2015, I bought a cheap 304 stainless 30 litre stock pot from a local auction site, and a 3 kW immersion element designed for use in hot water cylinders. These sat for a while, waiting the customary period that things do when the to do list slips a little.

In mid 2016, I started getting back to finishing the simple system off, with the purchase of a 316 stainless 3-piece ball valve for draining the wort from the kettle. I had a local stainless engineering shop make the holes for the element and the ball valve since I don't have holesaws capable of biting stainless.

The rough cost run-down is as follows, in New Zealand pesos:

The total damage is in the ballpark of NZD$200, which is pretty well around the figure I picked out of thin air as my target for the build. Future direction for this project is to eventually roll it into part of a HERMS or RIMS system, but for now I think I'll just keep on making beer.

I am only using two of the three spears on the 3 kW element, since running all three would require an outlet capable of about 12 A. I probably could get away with pulling this from a regular 10 A socket for a short period before switching one of the spears out to reduce to 2 kW mode. I erred away from this approach; I'm not looking for a career diversion into electrical fire research quite yet.

Before wiring, inside and out 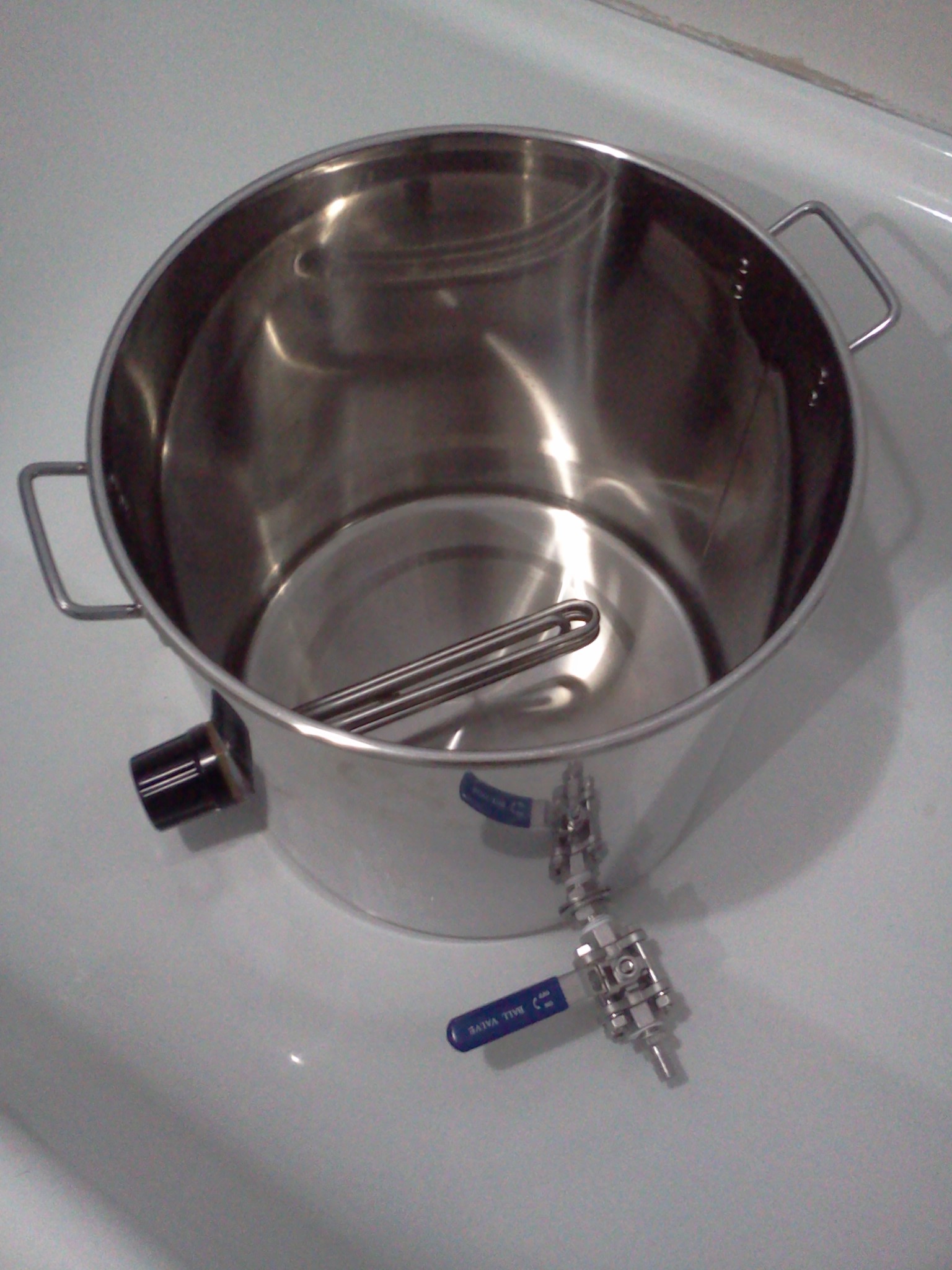 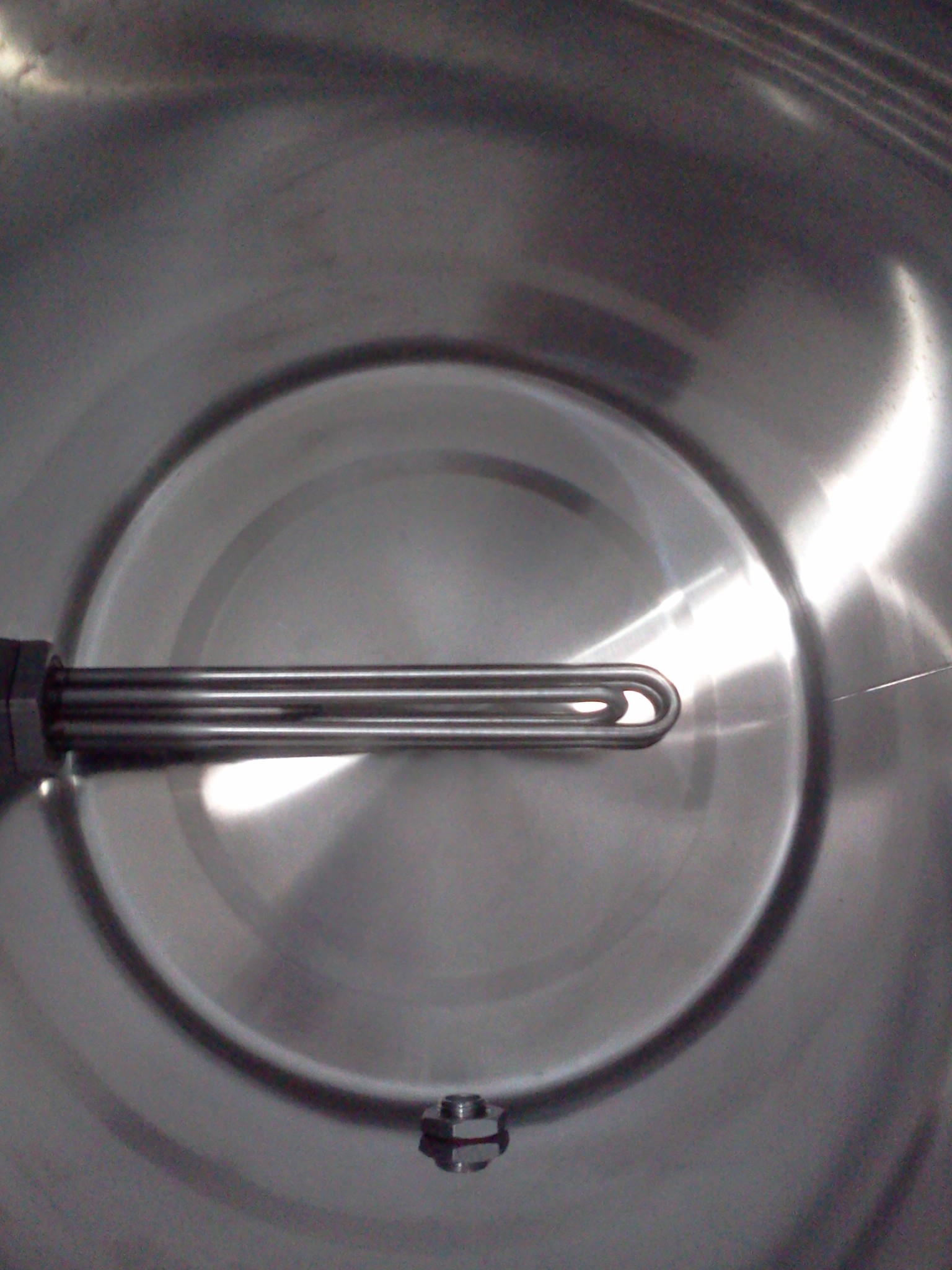 Wired up and insulated 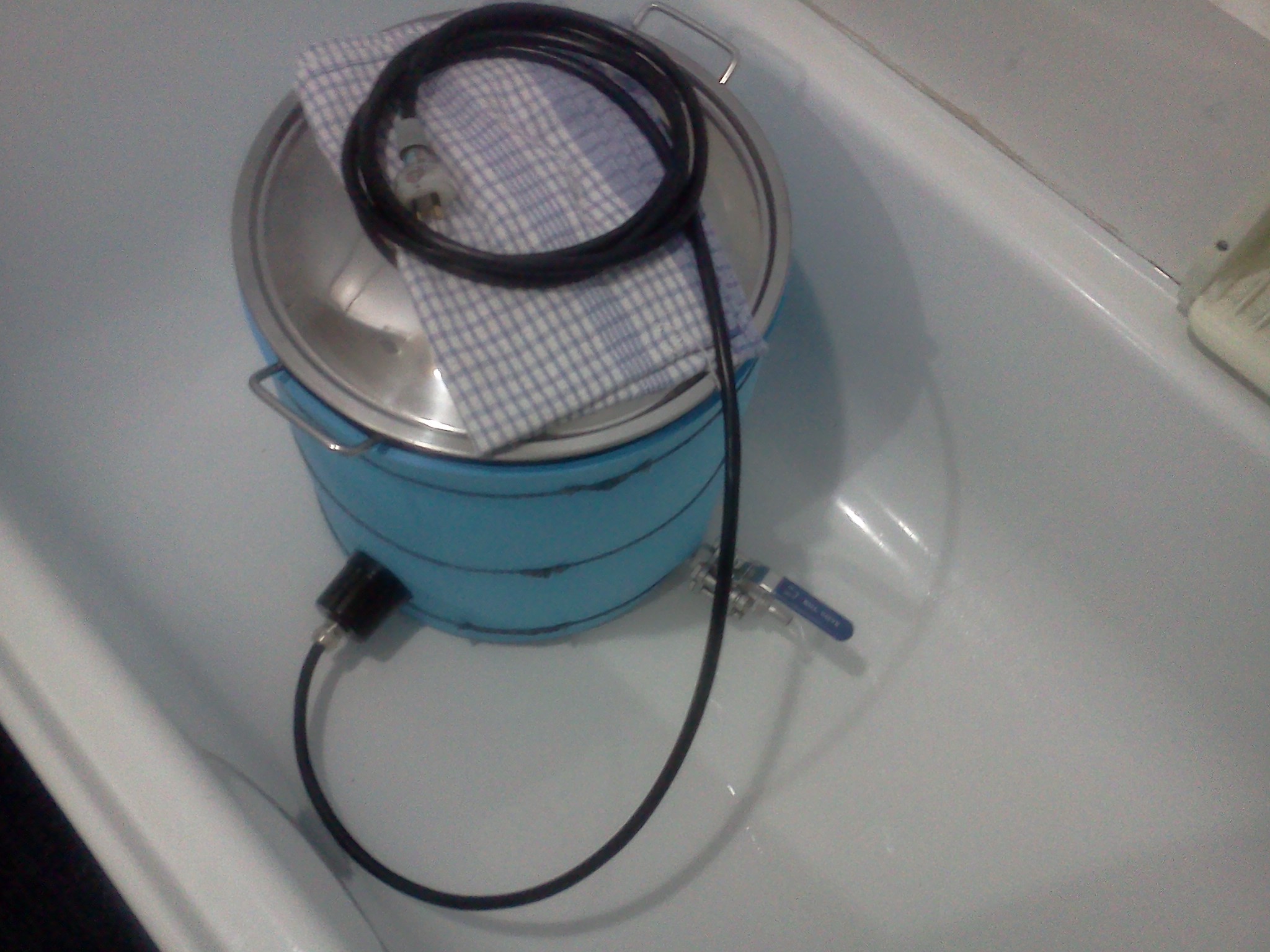 Gotta love that crappy insulation made from bedroll. It's far better than nothing; the outside of the insulation doesn't get more than lukewarm. 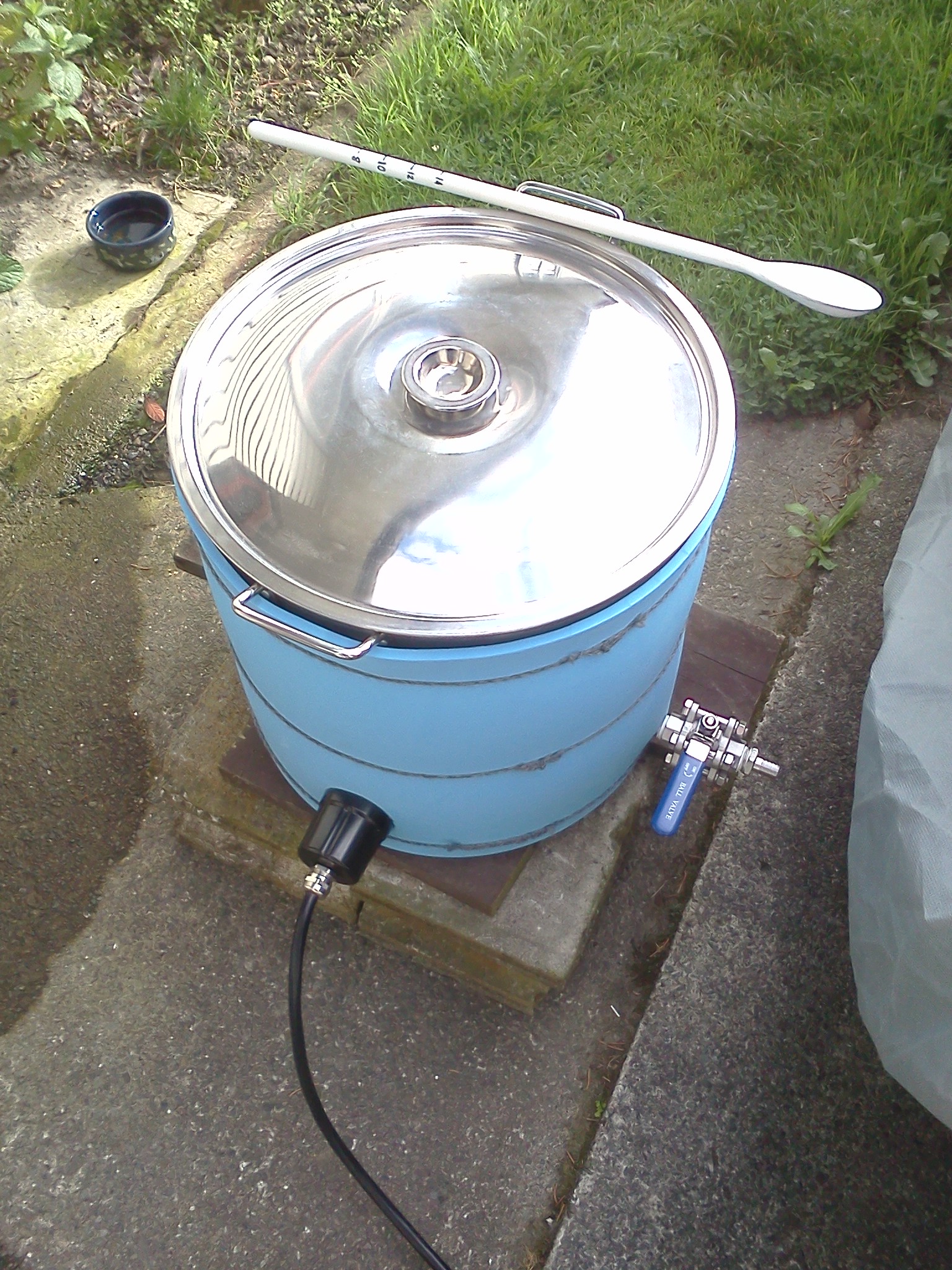 The strike water took about 30 minutes to heat to 75 °C from whatever tap temperature was on the day. Likely about 10 to 15 °C. In the meantime, sit back and have a coffee. 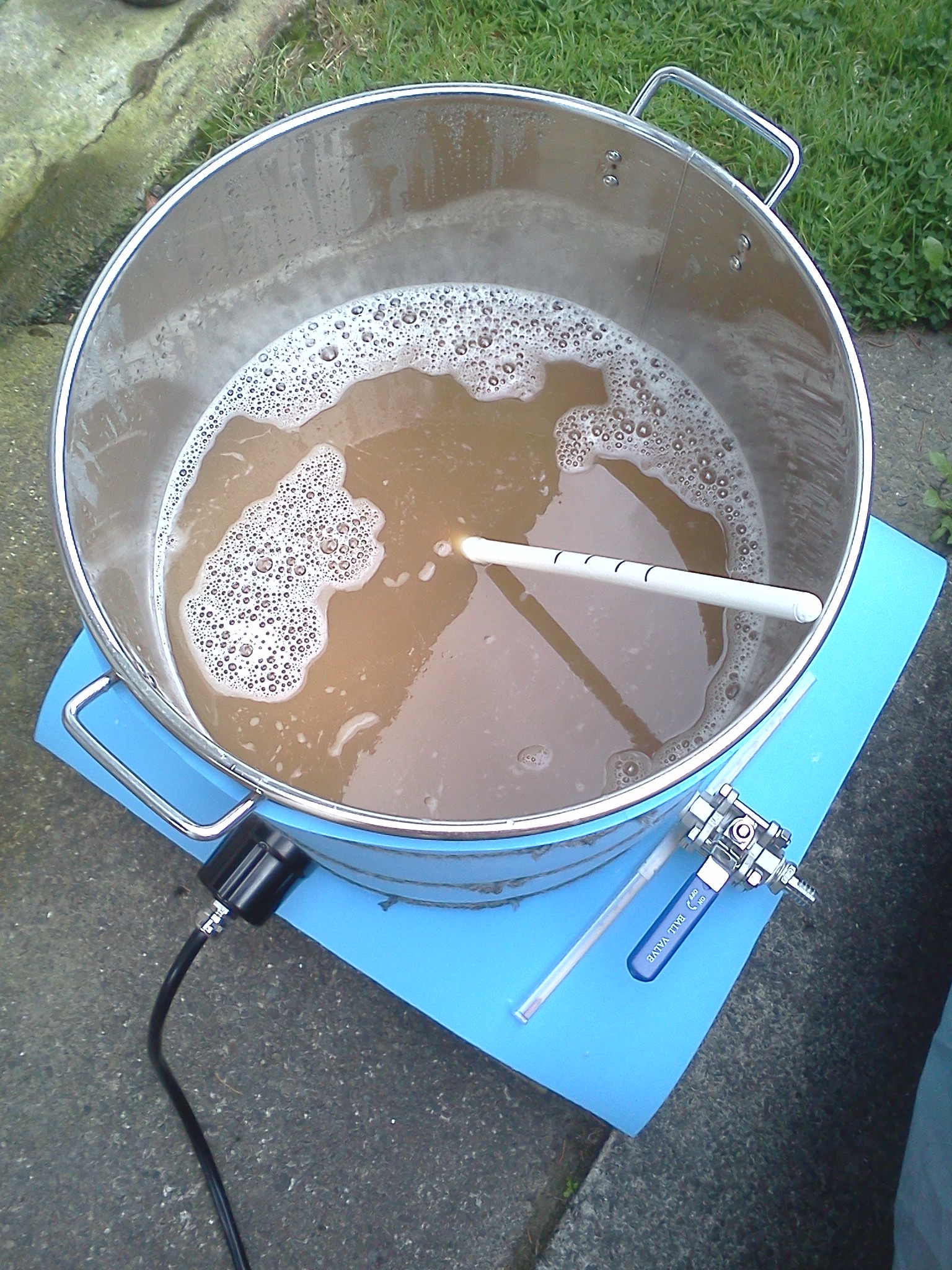 I didn't get any shots of mashing in, but here is a shot of after roughly 75 minutes of mashing, grain bad pulled out. It's a little murkier than I would have liked, but it's harder to filter wort through the grainbed with BIAB. 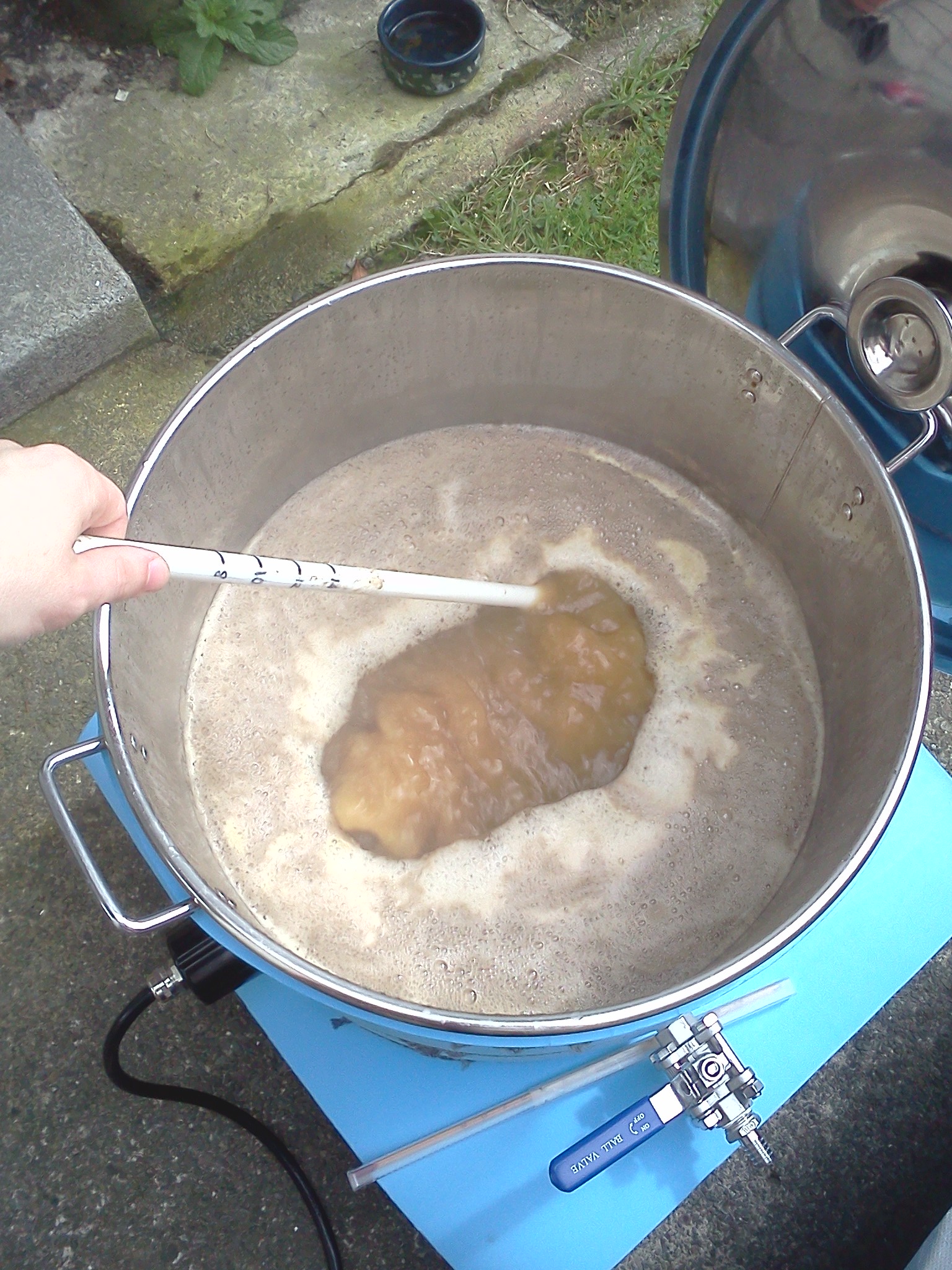 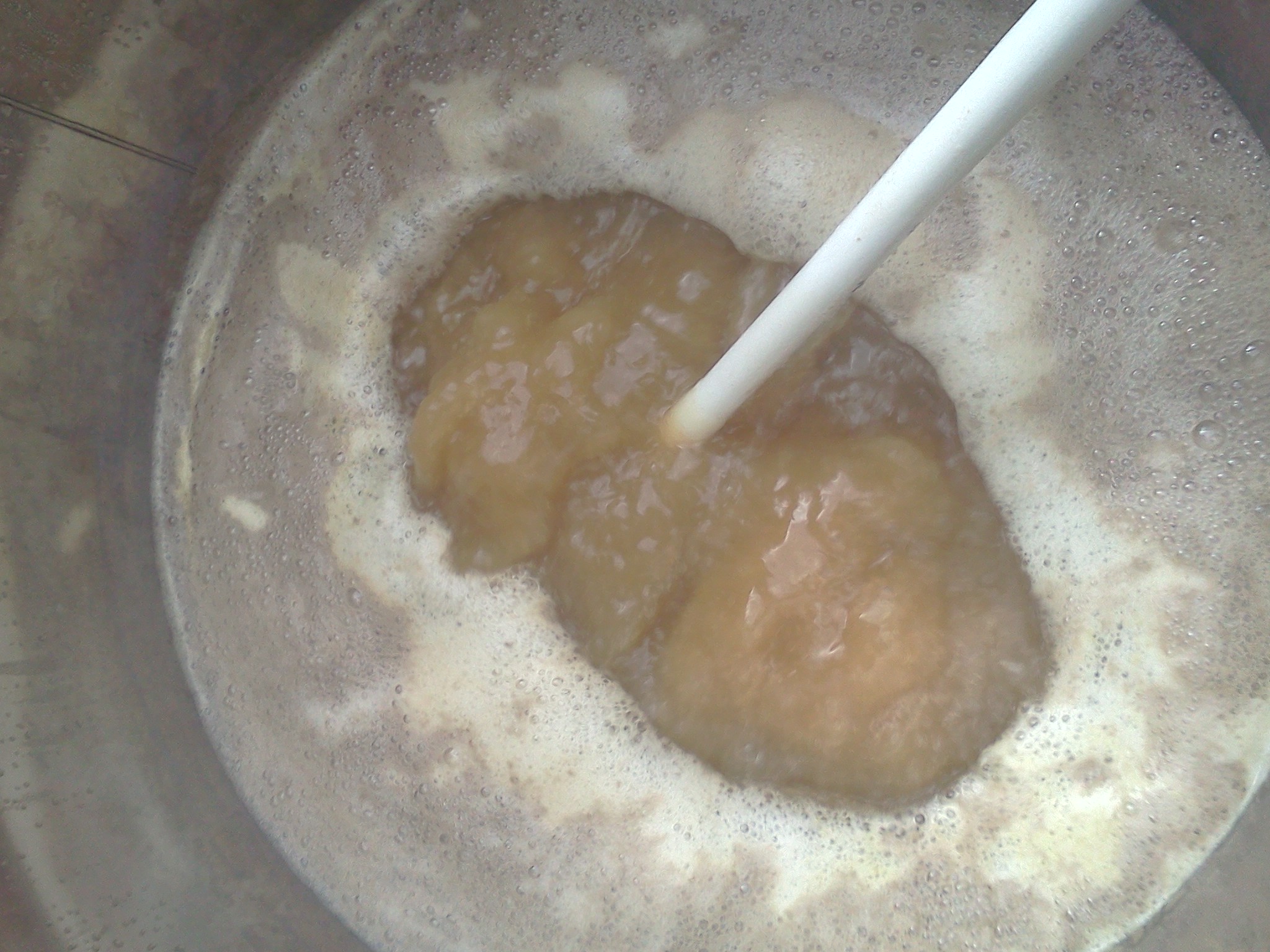